20th Trade Mission: ‘Sustainable business between the Kingdom of the Netherlands, the Caribbean region and Latin America’

In 2015, InterExpo celebrates its 20th anniversary and organizes this trade mission in cooperation with Tanja Fraai, debate leader and program maker. The trade mission consists of two parts: a congress –
allowing approximately 25 speakers – and matchmaking. The first day of the congress will be rounded off by a gala dinner on the occasion of concluding the bicentenary celebrations of the Kingdom.
The guest list includes the Governors and Prime Ministers of Curaçao, Sint Maarten and Aruba, and the Kingdom Representative of the public bodies of Bonaire, Saba and Saint Eustatius. Of course, many CEOs from several companies from the Caribbean region and Latin America will also attend.

Sustainability
Since a number of years, we have explicitly been focusing on sustainability. On content level with attention to the sustainable energy market, and by stimulating long-term partnerships. We give financial institutions and investors the opportunity to take a look behind the scenes of (new) markets
in the Caribbean area and in Latin America. At the same time we point out sales markets for various products and services to the entrepreneurs.

Participants
As has become customary, our congresses are well represented by the business community, but also
by employers’ organizations, the financial sector (trust and banking sector), representatives of
governments from the Caribbean parts of the Kingdom, the Caribbean region and Latin America.

Speakers
Among the guest speakers we are expecting Pim van Ballekom, Vice President of the European Investment Bank (Europese Investeringsbank) from Luxembourg; Warren Smith, President of the Caribbean Development Bank in Barbados; Frank Wouters, until recently associated with the
International Renewable Energy Agency in Abu Dhabi. The Chairman of the Caribbean Association
of Banks will also speak during the congress.

See pictures below made by Nataly Linzey. 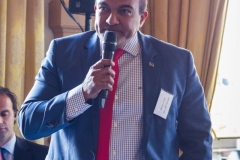 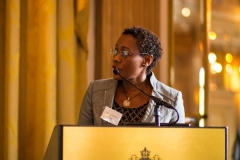 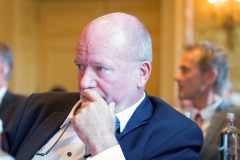 Here are some of the presentations that were given during the Trademission: